The Nature of the Beast

Note- This post is kind of mushy and self-serving. I’m okay with this.

Now that I’ve met the most amazing man, made some of the best friends I’ve ever had and been part of one of the most positive communities I’ve ever been involved in because of spanking, it seems pretty stupid. I’ve talked before about my anxiety, but to most, I think I seem pretty well adjusted about my life in Spankingland. And I am. I love it. It’s a source of positivity, joy, happiness, growth and relief.
That said, I must confess to feeling something that I know many other spankos either feel or have felt: shame. 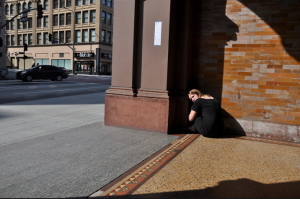 Shame was a corner-stone of my upbringing. The Christian environment in which I was raised taught me that there was a particular way that God made humans and that deviation from that norm was sinful and shameful. My early rational mind believed that things should make sense. If something didn’t make sense, there was probably something wrong with it. Unfortunately, my obsession with spanking didn’t fit the way that I believed I was meant to perceive a “normal,” godly individual, nor did it make any sense.
I got over the God part. I rebelled against the idea of the social norm and preferred to simply be myself. I came to enjoy being a blatant and unabashed sinner. Still, I want to live in a world which makes sense. I want to understand the origins of my actions. I want to know who I am and why. When something is veiled from me, I become angry and frustrated. I taught myself never to accept “just because” as an answer to things. I want to know why I’m like this. I want to know what made me this way. Is it genetic? Is one of my parents secretly a spanko? Is it something I was exposed to when I was very young and before I had the ability to retain memories? Is it entirely without reason, some random fluke? I’ve long believed that knowing why I ended up a spanko would make being one easier for me.
The truth is, I can’t know why, and knowing why wouldn’t be useful to me anyway. It wouldn’t change anything. It wouldn’t make anything that feels wrong feel right. I, however, can do those things without any answers being required.
The origin of my affliction may be unknown, but the nature of the beast is not.
I’m a spanko. I like to be spanked. I like baring my bottom and lying over a lap. I like the feeling of being bare and vulnerable. I like the spanking itself. Even when it’s horrible, even when it’s with an implement I hate, even when I struggle and have a hard time lying still. I like to be spanked until I cry. I like to have my thighs spanked. I like the feeling of submission, of giving up my will. I like to be spanked for fun. I like to laugh during a spanking. I like having someone in my life who will give me disciplinary spankings when I am not my best. I like having an opportunity to grow. I like being corrected. I like being put in the corner. It makes me feel safe and contemplative. I like being put there with my bottom bare after a spanking to remain in the feeling of vulnerability, gather my thoughts and get the most that I can from the experience. I like getting spanked with my female friends. I like being comforted after a spanking, a gentle hand rubbing my back or my sore bottom. I like waking up and still feeling sore from the night before. I like learning about myself as a submissive and striving to be better. I like being rewarded with a hard spanking that brings me to happy tears when I’ve done an excellent job. I like getting a hard smack on my thigh or bottom at random, just because he feels like it. I like being a vessel for sadism. I like spankings that relieve my stress. I like spankings that make me feel loved. I like spankings that hurt terribly. I like spankings that don’t hurt quite as much.
I’ve found a way to be happy with who I am. It doesn’t matter why I am the person that I am. It only matters that I admit it and that I am going to force myself to stop feeling ashamed. Because you know what? You’re here, too. You like it, too. You wouldn’t be here, reading this, if you didn’t like spanking: giving it, getting it, watching it, thinking about it. Whatever. There’s a part of it that you like. That’s okay. Maybe you were born with it, like me. Maybe this is the first time that spanking has ever crossed your mind. Maybe you’ve got some other kink, or you’re mainly a BDSM person, and you’re interested in spanking. I won’t judge you. I won’t judge myself, either. And if someone DOES know, if someone DOES have the ability to read my mind when I’m thinking about spanking in the grocery store, if someone IS mentioning it in vanilla conversation because they suspect something about me, then oh, well. There’s nothing I can do about that. It’s certainly not the worst thing in the world. If people don’t like me for it, then there’s nothing I can do about that, either. It won’t be any different than the friends I lost for having a girlfriend. I’m not going to throw it anyone’s face, but I don’t see the point in being so afraid anymore.
Really, I have nothing to be afraid of. Except the cane. And the lexan. Aaaaaaaaaaand pretty much anything on my thighs. 😉

Posted in Uncategorized | Tagged Growth, Happiness, Introspection, Mushiness, On Being a spanko

12 Responses to The Nature of the Beast