Just a couple of really quick things. First of all, Spanking Awards. I was so excited when, in 2012, I was nominated for Creative Blog of the Year and even more excited when I won. There weren’t any awards the following year: I guess brushstrokes has stopped blogging pretty much, and didn’t host any awards. Thankfully, my good friend The Chief over at Spanking Blogg has resurrected these awards. It’s currently in the nominations process, so I recommend that you guys go check it out and nominate your favorite spankees, spankers, sites, blogs et cetera. I know that on one level it’s a silly little thing, but getting recognition is really nice and there are so many wonderful people who work so hard to make the spanking piece of the internet awesome, so go share your favorites!

Secondly, I’ve just finished removing some blogs from my blogroll. I removed blogs that hadn’t been updated in six months (with the exception of Maddy Marks‘ blog because every time I bring it up she tells me she is going to update again, and she’s one of my best friends so I’ll let her get away with it!) and any blogs that were not available for the 18+ public to view (those that required a password et cetera). I also removed a blog for talking extensively about spanking children (like, for real, not as a fantasy), which I do not condone or approve of. I also found that two blogs had moved URLs and updated those, so all the blogs on my list should be ones that update at least sometimes and that you can easily access.

That said, I feel like my blog list is currently incomplete. If you write a blog and I don’t have a link to yours, please leave a comment so I can add you. If there’s a blog you enjoy that I don’t link to, please let me know! I want to share as many quality spanking blog links as I can without just going through other people’s links lists and copying them.

I hope you all had a good Friday. I finished the work I needed to do early today, so Maddy and I went to the mall and did some shopping. I got new panties and some new pajamas. 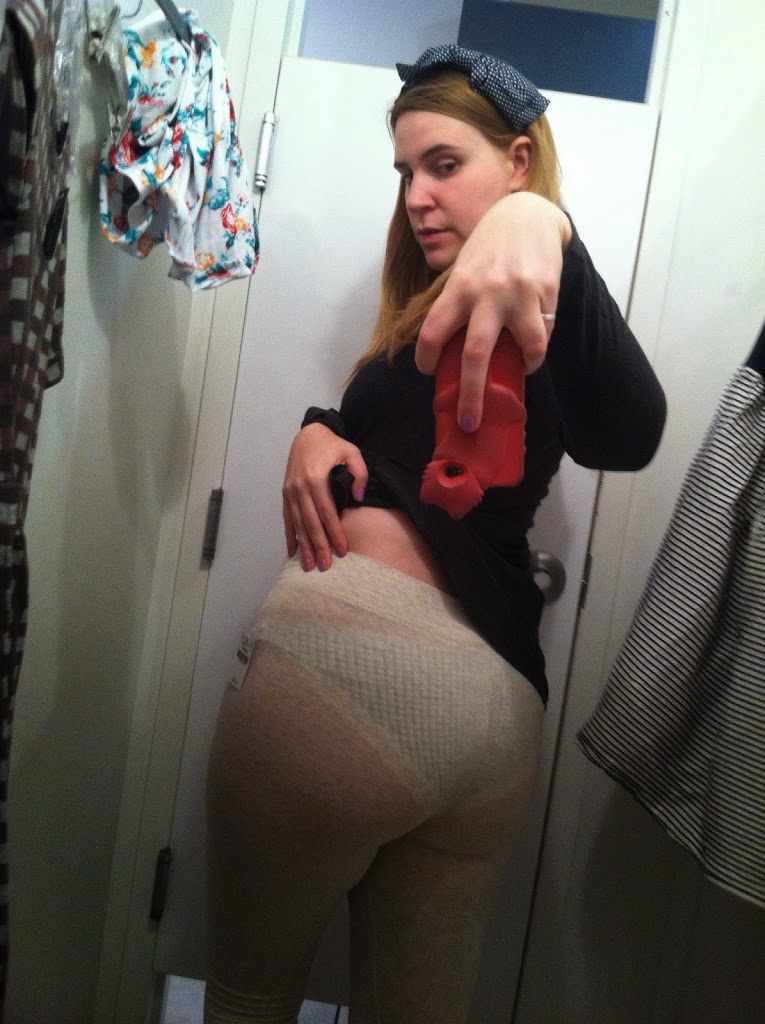 I didn’t get these leggings. Um, just a little TOO see thru!

Maddy and I got caught in traffic getting me home after our excursion, so I had to do a quick change from “Aren’t you proud that I got dressed and left the house today” to “dressed up to go to a fetish club,” which is a significant difference! I managed to make myself presentable to the general kinky public in less than a half hour, though, which is not bad! I was hurrying, though, so I didn’t take a picture, but I wore heels. I’m trying to practice wearing heels a bit more, so I don’t seem like a baby deer when I walk in them. Anyway, I went to Sanctuary Studios LAX with The Cameraman from the Clare Fonda Sites. They were hosting a play party, and although neither The Cameraman or I intended to play, it was a fun place to hang out and catch up. There was also a live stage show which included four acts. The first part started with play piercing, which I didn’t mind watching although it is definitely not “my thing” (I have done it once, for the experience). It then turned into blood cupping, though, and I had to look away. I’m terrified of suction cups. It’s a weird thing to be afraid of, I know, but that’s just me. The idea of someone’s blood being sucked out of their body through their skin makes me feel like I’m going to pass out just describing it here. Since that was literally happening on the stage, I was happy that the Cameraman is very tall so I could angle myself so he blocked the show for me. Apparently after that, the blood was spread around and played with, but I couldn’t bring myself to watch that part, either. I guess I’m just squeemish. The next act was a dance routine which involved the performer stripping and then pouring an entire bottle of red wine all over themselves and then head banging, which created a pretty awesome visual effect, but I was glad that I was sitting closer to the back! The next part involved three girls being strapped to spanking benches, but instead of the spankings I was expecting, each was brought to a multitude of forced orgasms with the hitatchi. It would have been a lot more intense to observe if there hadn’t been loud music playing, but it was fascinating to see how each one responded to pleasure differently and the motions their bodies made. The final act was another strip-tease which involved some extremely impressive pole dancing. Watching live shows like this is kind of a new experience for me, and it was certainly interesting, if not particularly erotic for me. Of course, I don’t expect everyone to cater to my particular kink, but I kept eyeing the fact that there was a stage there, and fantasizing about being marched onto it to be punished in front of everyone… now that’s an idea I can get behind!

Anyway, it’s late and tomorrow my friend and I are going to Chuck E Cheese (yes, this was my idea, of course!) so I should probably go to bed. Now that I’m posting more often, a lot more posts are off topic from the spanking world, although pretty much everything in my life is tangentially related to spanking. From now on I’ll be labeling posts with “OT” in the title if there isn’t at least one part that discusses a spanking scene or a concept related to spanking, or if the post does not include spanking related photos.

8 Responses to Updates and Friday Night Out (Mostly OT)