Hi everyone!
Life has been *crazy* recently, so I continue to struggle to find time to blog. I do want to take a moment to let you know that now that the party season has kicked off, I’m getting ready to head to my first event of the year: The Lone Star Spanking Party in Houston, Texas. I’ll be there from Thursday, May 18th – Sunday May 22nd (I’m arriving on Wednesday and leaving on Monday, but these are the dates I’ll be available for fun times!)

While I’m there, I’m booking private spanking sessions as a Top, bottom and switch, plus I’m available for video shoots! I’m happy to do video or photo shoots with private collectors who just want this for their own enjoyment, in addition to with production companies of any size! I’m also available for a variety of other kinds fetish work, although I am now retired from doing any kind of strict bondage following an injury.

I’m also very excited to see a lot of my friends, hang out and do lots of shooting! We’re excited that we get to shoot with Mackenzie Reed for the first time, plus with newcomer Top Miss Elizabeth, as well as with two of my very best friends: Adriana Evans and Ava Nicole.

Adriana, Ava, Paul and I are sharing a room. I think that we’ll be perfectly well behaved and not get into any trouble at all. I’m positive! :3

I’m also going to be running the Newbie Orientation, which is really exciting for me! I love welcoming new people into the scene, and I’m really passionate about making the scene a safe place for everyone.

If you’re coming to the party, be sure to say hi to me! I love meeting people and talking about our favorite subject.

Also be sure to email me at alexinspankingland@gmail.com if you’d like to book a session with me. You do NOT need to be attending the party to come visit me for a little private playtime!

Lots of other adventures have been going on in my life since my last posting, so I’ll be sure to write a longer post to update you on all that as soon as I can! I do miss blogging: it’s just a struggle to find free time these days. >_<

Hugs to everyone, and I hope to see you in Houston! 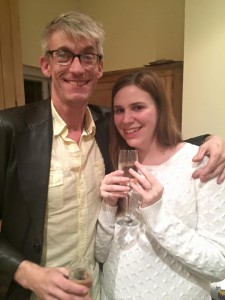